It is the hardest thing to be scammed by a tricky SCAM ARTIST!!!

And that is what happened to us with the cabinets. I did search the internet about any information on "In-Stock-Cabinets.com" and I could not find anything on them so I thought they were real. At the time  (April 2014) I talked to "Frank Lamark" and he was such a smooth talker that he explained to me that the cabinets were on back order and the next shipment was due the end of May and who ever ordered and paid for the cabinets first would get them the soonest. He went on to say that they don't take Credit cards because of the fees. So I called my CC holder and they told me that a funds transfer was the same as a CC charge and I would get our money back if there were problems.
I would call "In-Stock-Cabinets.com" and be told the cabinets would be here soon, I called about every two weeks and was given the same story ....then I did my research.... I called the BBB and this company was not even listed but 3 others were, all owned by Frank Lamark: "ShopRTAcabinets.com" "WorldCraftCabintry.com" and "CabinetsDirectRTA" .

The one we ordered from was too new!!!

Once I  found his name, I googled Frank Lamark and came up with

This guy did so much research to uncover the scams Frank Lamark has been running. It appears he sets up a company web site with fake testimonials, delivers some cabinets and scams the rest. When he gets an F rating from the BBB he starts another one.

I called the CC Company and they told me because it was a funds transfer they could do nothing and this is after talking to 3 CC representatives that there would be no problem in getting our money if it came to that!

LESSONS LEARNED!!!! NEVER BUY SOMETHING OVER THE INTERNET UNLESS YOU USE A CREDIT CARD.

DIG REALLY DEEP ON RESEARCHING A PURCHASE , FIND OUT THE PERSON BEHIND THE COMPANY AND HIS TRACK RECORD!

I am posting this so as to alert others about this scam, I wish I had seen a post like this before we made this mistake.

Did you ever get your refund? I unfortunately did business with ShopRTACabinets.com (placed order in May, 2014, cancelled order in August, and now it's November with no refund still), and am looking for any advice from anyone successful in getting their money back from these thieves.
Thank you.
Amanda 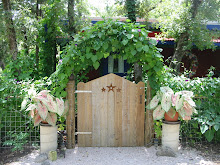 After searching 35yrs for our place to call home we have our story to tell. Of course there were choices to make, detours on the way and just plain "Life happens when your making other plans". But that aside we have realized our work in progress as you will be witness.
So I hope you enjoy reading about our experiences and getting a glimpse of our journey of Homesteading. It is our hope that you will be encouraged to follow your Dreams- What ever they may be!